Your Garden in February 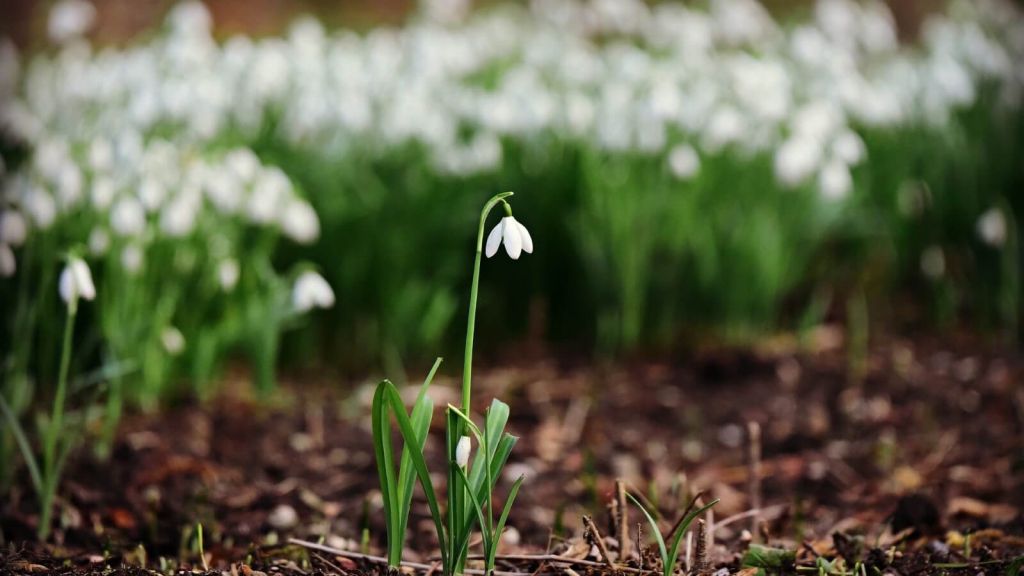 The cold February weather often leavesa lot to be desired when it comes to getting out in the garden. It’s the time of year when very little is growing, and everything can look a little lacklustre. But, it’s also the month when you can get things going in the garden, and start looking forward to spring. While you won’t want to spend hours outside unless a heatwave arrives, there are still some tasks you can do that won’t take too long and will really help to make that garden glorious in the months to come…

If you’re keen to start seeing progress in the garden (and let’s face it, who isn’t when it’s cold and bleak?), then creating raised beds could be a game changer. These will give you a head-start in the garden because the soil warms up faster due to better drainage, meaning you’ll see signs of spring a little earlier than you would planting directly into the ground. Drainage will also see trickier soils such as clay become a little easier to work with in a raised bed. As for what to plant once you’ve created your bed - almost anything goes. Herbaceous perennials, ericaceous plants, vegetables and soft fruits will all benefit from the new home you’ve lovingly crafted for them.

Now is the time to get your potato growing underway if you’re hoping to enjoy homegrown mash, chips and jackets later in the year. You can begin by chitting them, which just means encouraging them to begin sprouting before you plant them. The best way to chit potatoes is to use an egg carton or seed tray, and stand the potatoes so that the area with the most eyes is at the top. Keep them in an area that’s cool but light, and then wait for shoots to appear. This process can take up to six weeks, but they should be ready to plant out in March.

Spare a thought for our feathered friends at this time of year; harsh winter temperatures can make it difficult for birds to find food and water, so give them a little helping hand if you can. Keep bird baths topped up with water and make sure they’re not frozen over, and consider hanging fat balls in the garden for them to feed off. You can make your own using old yoghurt pots, suet or lard and a combination of nuts, seeds and grains - although you can also pop some leftovers in too, like breadcrumbs. They won’t be using it just yet, but you could also set about making a nest box for the birds, so that they have somewhere safe to lay their eggs come spring.

While there might not be a lot of planting going on in February, there’s plenty of shrubs looking to have a trim ahead of spring. Clematis, Wisteria, Hydrangea, Buddleia, Cornus and Mahonia can all be pruned this month.

Some plants are trickier to prune than others, so make sure you’ve got all the information before you make the cut. Clematis falls into several categories, and only some will need pruning now - avoid pruning a Clematis Group 1 (flowers in early spring and is evergreen), prune Clematis Group 2 (flowers in late spring) carefully, cutting shoots back to just above a strong bud, and with Clematis Group 3 (flowers summer to early autumn), you can be a little more insouciant with your pruning.

Snowdrops make a lovely addition to the garden in winter time, and if you don’t currently have any in your garden, now’s the time to plant them. They grow well in soil with grit, which aids drainage.

If however, you do have snowdrops but would like a few more, then February is also the time to divide them, so that they’ll multiply and carpet your garden with flowers next winter. Snowdrops aren’t natural pollinators due to them being winter-flowering when insects are dormant, but instead, they will split and then grow new flowers.

To divide them, carefully dig up the bulbs in clumps of three or four, lift them out, and then replant at around their original depth.