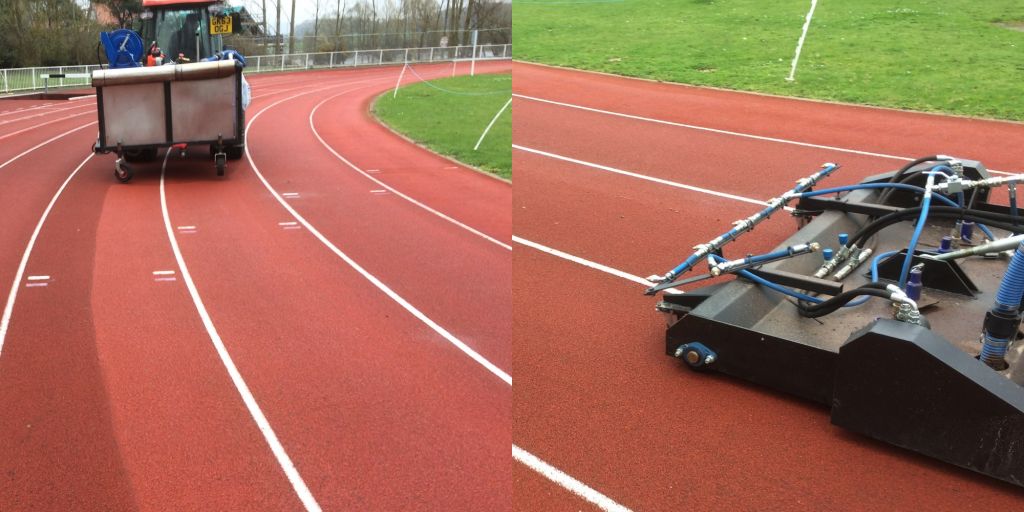 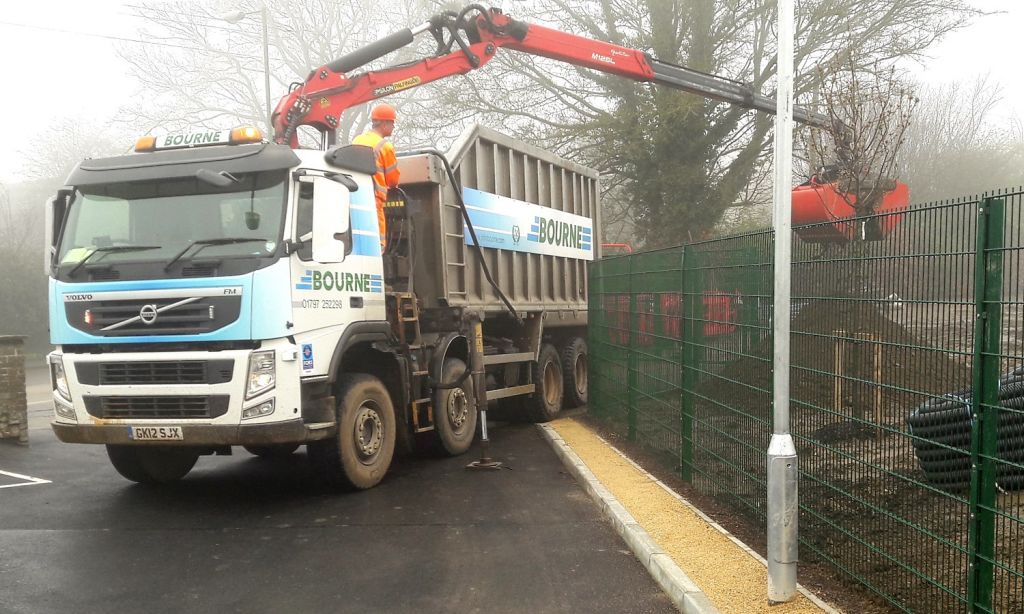 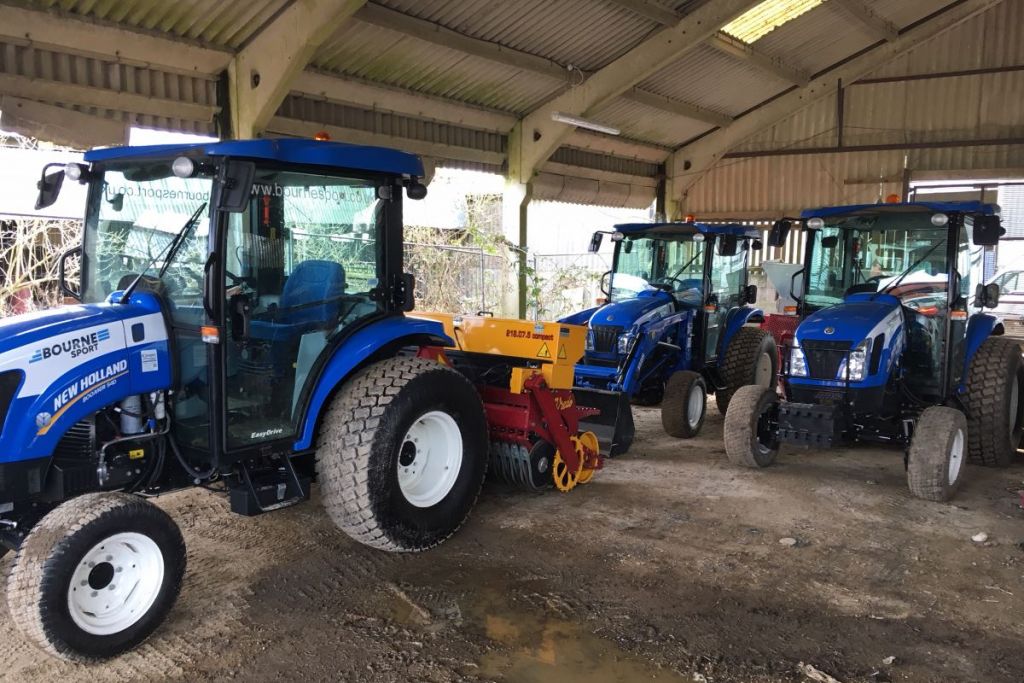 Here is part of our fleet of compact tractors for maintenance and general utility work, patiently waiting at the depot for the weather to improve and the football season to end! It's time to be thinking about pitch renewals and improvements - but the Beast from the East is still making life difficult for groundsmen round the south-east.

The tractors are New Holland Boomer 54D's - 2.2 litre 3-cylinder turbo-diesel engines with continuously variable transmission. They have a Particulate Matter Catalyst system, making them highly environmentally friendly without the need for AdBlue or similar additives. It's all green round here - now if only the snow would go away... This is a recent addition to the Bourne Sport fleet of machinery - a Dakota 310 Turf Tender. It is a compact machine for spreading various material - here you can see it used for top-dressing a park lawn in Camden. It can also be used, for example, for spreading rubber granules on artificial football pitches - an important part of keeping the synthetic grass in top shape.

This is a relatively new development - earlier machines of this kind are much bigger and have to be tractor-towed. This, pedestrian-guided machine is ideal for getting into areas with narrow access gates. It has an 11 hp Honda engine and the spreading width can be adjusted up to 6 metres.

There is a video of a Dakota 310 in motion here.